The final match was played on Thursday (02.06.2011) within the tournament “For a Better Democracy-Communication 2011” at SEEU in Tetovo. 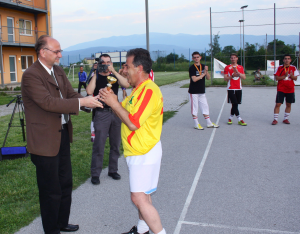 The football teams of TV Alsat M; newspaper Koha and the SEEU team were qualified for the final matches.

The tournament was organized by the SEEU Communication Department in cooperation with the Institute for Democracy and Development supported by the US Embassy and Norwegian Embassy in Skopje within the frames of the programme: Citizen’s Engagement in Enforcing Democracy.