During the period 24-31 January 2011, a group of students from Macedonia and Albania were in a study visit to Strasburg. Leaders of this group were Prof. Dr. Ylber Sela  and  Dr. Vladimir Lame, who enabled students to visit  the European institutions, like: European Council, European Parliament and European Court for Human Rights. 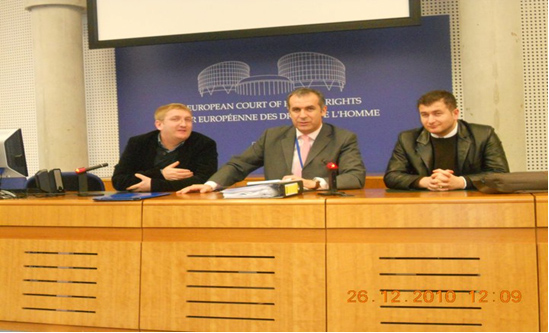 SEEU second cycle students from the Faculty of Public Administration and Political Sciences- in the their first day visit followed the work of the Parliamentary Assembly of the European Council, they were present during discussions, debates and voting of the resolution of Dick Marty.

In the second day of the visit to Strasburg, students visited the European Court for Human Rights, beside that they were acquainted with functions of this institution, they followed a lecture by the judge who represents the Republic of Albania in the Court, Mr. Ledi Bianku.

In the third day of their visit they visited the European Parliament and in one of the halls they followed a lecture about the function and history of this institution.

During their visit they visited different universities in France and Switzerland.