Within the activities for marking the 30th anniversary of the monetary independence of the Republic of North Macedonia, the Rector of the South East European University, Acad. Prof. Dr. Abdylmenaf Bexheti, participated and had an address speech at the exhibition on "Rules and Values", which was held on Thursday (July 7, 2022), at the Numismatic Museum of the National Bank of North Macedonia. 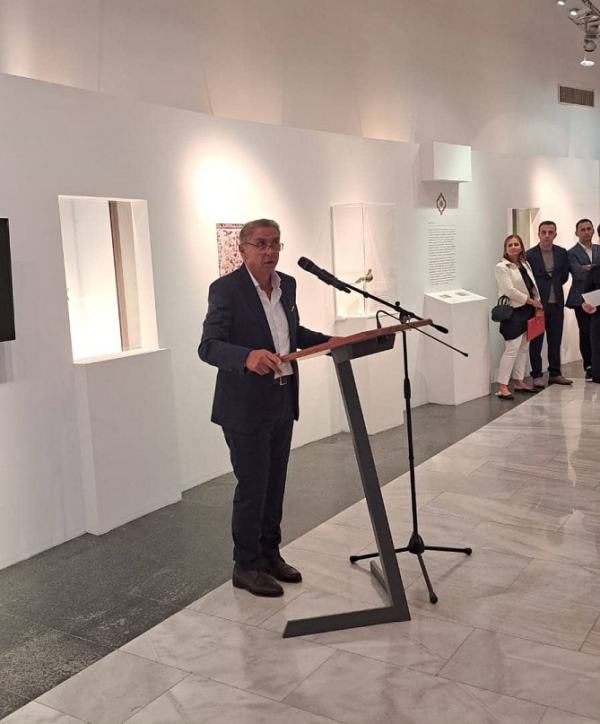 "After independence, the declaration of monetary independence is the second most important act of an independent state. The monetary system, as a very important economic subsystem, is quite specific, complex and very sensitive, not only in the macroeconomic aspect. Therefore, the declaration of economic independence is not only a solemn act, but it is a very complex process and if it is not designed and carried out precisely and carefully, it can cause great consequences and not only in the economic aspect" said in his address speech, Rector Bexheti.

In this activity organized by the National Bank of North Macedonia, the governor, Anita Angellovska - Bezhoska, the Minister of Culture Bisera Kostadinovska - Stojčevska and the professor Mitko Haxhi - Pula also gave speeches, while higher representatives of state institutions and important personalities of the sector public and private were present.

The exhibition presents a curatorial effort for the selection, presentation and interpretation of the cultural heritage of North Macedonia, presented through banknotes issued from 1996 to the present day.