On the occasion of the International Translation Day at the South East European University in Skopje, on 29 and 30 September 2021, the international scientific conference on the topic "Terminology and its role in understanding professional language" was held. 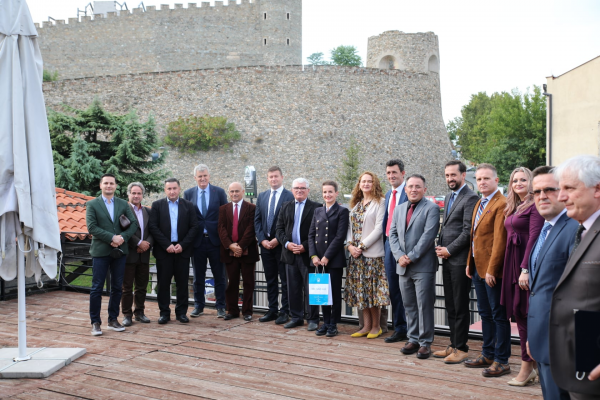 The conference was organized by the Agency for Implementation of the Languages of the Republic of North Macedonia and the Faculty of Languages, Cultures and Communication of the South East European University.

The Pro-Rector for Research and International Cooperation, Prof. Besa Arifi, gave a keynote speech at the opening of the Conference, who stressed the importance of language as a means to better understand each other.

"SEEU is an institution that has developed a policy of flexible use of languages and is a positive example where the parallel use of three official languages works excellently," said Pro-Rector Arifi.

She thanked the participants for their contribution and stressed that SEEU is and always will remain a place where scholars can open and present their ideas and professional work.

The proceedings of this conference are expected to be published in a separate review.