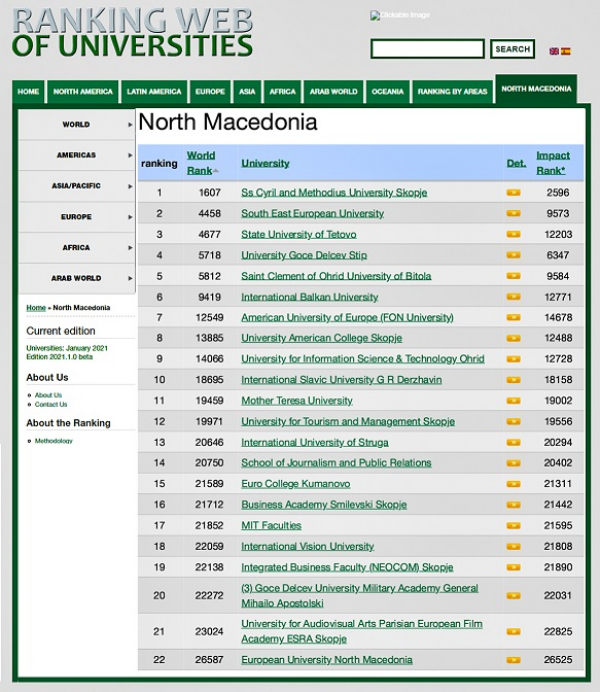 "Our university, thanks to the work of all staff and especially the academic staff, continuity of reforms in maintaining and increasing quality of work with students, and the policy of continuous change is achieving excellent international performance. The acknowledgement of our work motivates us and makes us work even harder and all together to achieve even better results, in all aspects and in particular in the academic offer and the quality of teaching. The university has shown adaptive condition and has become not only the implementer of models, but also the creator and promoter of new models in higher education" says the Rector Acad. Prof. Dr. Abdylmenaf Bexheti.

Compared to 2016, when SEEU was ranked 7741st in the world, in 2020 it marked an incredible increase of 3283 places higher and now is ranked in 4458th place, being rated as the highest ranked University in the region in terms of academic performance.

Southeast European University has scored positive results according to all indicators, starting from the presence, visibility, number of citations and publication of scientific papers of the academic staff.

Southeast European University this year will mark the 20th anniversary of its founding and during these years always has pursued a policy of continuous adaptation to international trends of management and quality delivery at all levels.

The list of Webometrics was published at the end of January 2021.