Members of the Student Parliament, at a meeting held on Monday (27th January, 2020) at SEEU Tetovo, voted for Agron Demri to be the new president and Bujar Sopa vice-president of this association. 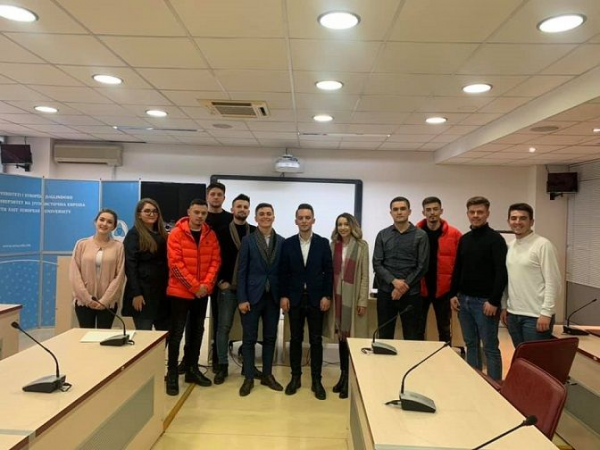 In the race for president, there were two candidates, Agron Demiri and Arjon Fejzullahu. Candidate Agron Demiri won the majority of votes and the confidence of parliamentarians.

“Today the students entrusted me with the post of the President of the Student Parliament and Association at SEEU. As I promised, student activities will increase and students' critical voice will be revived again” said Agron Demiri in his first public statement.

The Student Parliament, at its first meeting, shall elect its representatives to the University Senate and initiate the procedure for opening the call for the election of the Student Ombudsperson.