Visit of the French Ambassador Christian Thimonier at SEEU

"Foreign policy of France" was the topic of the lecture that the French Ambassador to North Macedonia Christian Thimonier delivered today (December 17, 2019) to SEEU students who have chosen French language as an elective course. 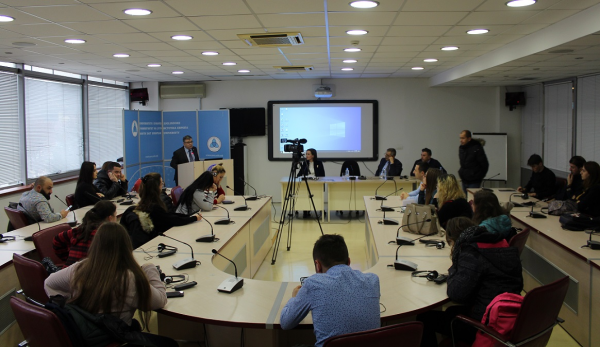 "Today's lecture is realized in the context of the lectures cycle, held at SEEU by various ambassadors present in North Macedonia and conducted in the framework of the cooperation that the University has with ambassadors of different countries," said Prof. Dr. Besa Arifi.

We have many Macedonian students from North Macedonia who are learning French and have taken advantage of the opportunities offered by this language, as well as the conditions and scholarships that France offers in this regard. It’s a pity that Albanian students not to use all these opportunities and learn this language, said Ambassador Thimonier.

Students expressed interest for the foreign policy of France, which plays a very important role in the European Union.