Film screening for marking the International Day of Human Rights

Within the framework of Human Rights Week at South East European University, today (12.12.2019), the film "Facing the Dragon" by Sedika Mojadidi was screened. 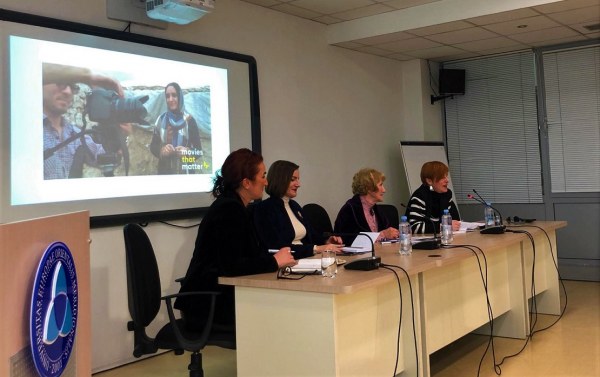 The movie is being shown within the screenings "Movies that Matter" on the occasion of the International Day of Human Rights organized by the Helsinki Committee for Human Rights of the Republic of North Macedonia with the support of the Embassy of the Kingdom of the Netherlands.

Following the screening, a discussion was held related to the topics covered by the film dealing with gender equality, women's role in society and human rights. For these topics, spoke: Prof. Dr. Besa Airfi, Adelina Marku, Xhane Kreshova from Women's Forum and Tanja Stoimenovska from the Helsinki Committee.