"Ethical Behavior of Youth in a Multicultural Environment" was the topic of the research, which results were presented at the closing conference that was held today (27th November 2019), at the South East European University in Tetovo. 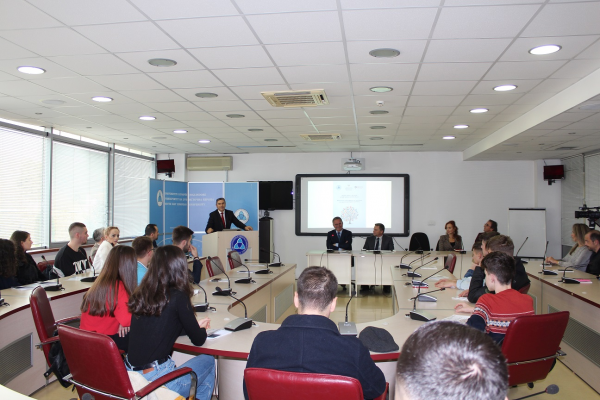 The project was implemented by the SEEU Research Institute ‘Max van der Stoel’ and the Research, Innovation and Development Institute and supported by the Ministry of Culture of the Republic of North Macedonia.

The Rector of South East European University, Acad. Prof. Dr. Abdylmenaf Bexheti thanked the Ministry of Culture of RNM for institutional support to the university.

“We are committed to this model, not from the aspect of formality, but for the content, as we think that Universities are places where the civilization values of society should be promoted”, noted Rector Bexheti among other things.

Minister of Culture, Hysni Ismaili, said that South East European University is the most serious educational and research center where such topics can be addressed.

"The presence of young people in this event proves their commitment that in the future they will be the bearers and the best model of a multicultural and multiethnic society", said Minister Ismaili.

As a representative of the MVDS Institute, Pajtim Thaçi presented the research results.

The results of this research show that the majority of young people think that all ethnicities can coexist in North Macedonia, and that from 300 people surveyed, 88.7% think that such a thing is possible. Also, a significant majority of respondents 60.3% believe that ethics affects the actions of young people in multicultural environments.