The Ambassador of the United Kingdom to North Macedonia, H.E. Rachel Galloway, today (26th November 2019), visited South East European University in Tetovo. She had a meeting with Rector Acad. Prof. Dr. Abdylmenaf Bexheti, where they discussed about the University's current activities and future plans. 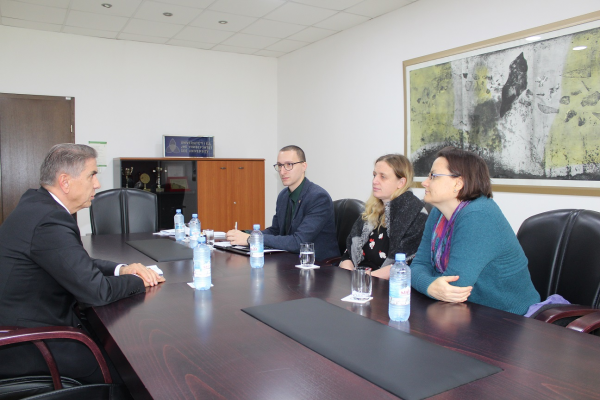 Ambassador Galloway was particularly interested in the country's education system and the support of institutions for the University, taking into account the performance and specifics of SEEU--high student employability, the functioning of the Career Center and the Technology Park and other opportunities for students at SEEU. The social impact of the University in all aspects remains a high priority in both strategy and action.

Rector Bexheti and British Embassy delegation conducted a tour on the University's campus, where Ambassador Galloway had the opportunity to get acquainted with some of the University's main centers as well as the infrastructure and learning facilities.