Roundtable on financial crime and reinforcement of financial investigation mechanisms

Within the National Convention on the European Union in the Republic of North Macedonia on Friday (7 June 2019), at South East European University in Tetovo, was held a round-table of the working group for Chapter 24, entitled "In the pursuit of money: strengthening mechanisms for financial investigations”. 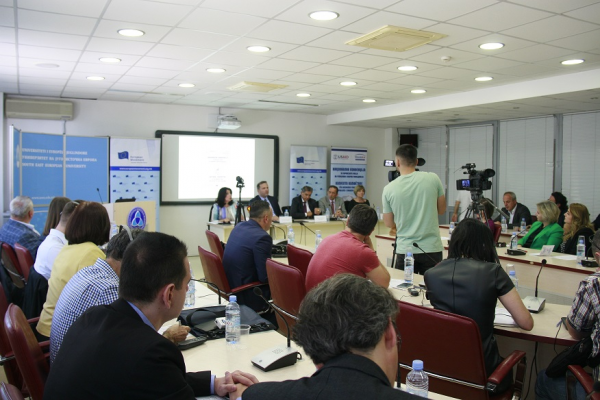 In his opening remark the Rector of SEEU-- Acad. Prof. Dr. Abdylmenaf Bexheti, said that as an institution we feel happy to be in capacity of host and as a contributor to quality enhancement for the topics that are discussed within this major process.

“This inclusive process is being held at the institution that has the European prefix and there are no more appropriate places than universities to organize such events where all parties can feel free, open and be better contributors. We as a university remain fully available, with all of our expertise, resources and capabilities for Chapters 23 and 24” said Rector Bexheti. He stressed the importance of marking these concrete steps in economic development, because otherwise exodus of population drain will be worse.

Minister of Internal Affairs, Oliver Spasovski, expressed his satisfaction that today we are debating on capacity building for combating corruption, which is of general interest as a society.

Address speech had Prof. Dr. Blerim Reka, who talked about the international experience and the steps that other countries have followed in this area during the EU membership process.

The roundtable was supported by USAID and SlovakAid.