The oratory competition was organized by the European Movement and was held at the University “St. Kliment Ohridski” in Bitola, within the framework of European Day, on topic “Active youth - a lively democracy”. 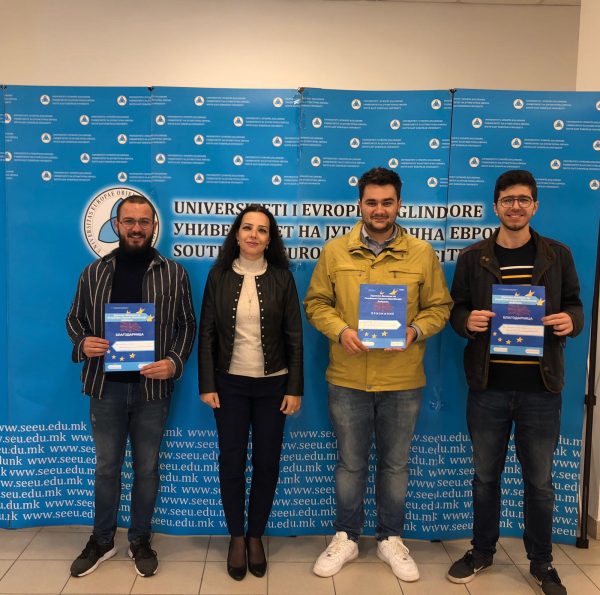 The second place was won by Blerand Rustemi, who together with Sokol Zeneli and Betim Sherifi under the mentorship of Dr. Meral Shehabi-Veseli represented the South East European University in this competition; eight universities from North Macedonia participated in this year competition.

The SEEU students are members of the SEEU Debate Club.