On Thursday (25th April 2019), at SEEU campus in Skopje the Rector of South East European University, Acad. Prof. Dr. Adylmenaf Bexheti, met with Ambassador of the Kingdom of Netherlands, H.E. Wouter Plomp. Rector Bexheti informed Ambassador Plomp about current developments and future plans of the University, both operating and strategic ones. 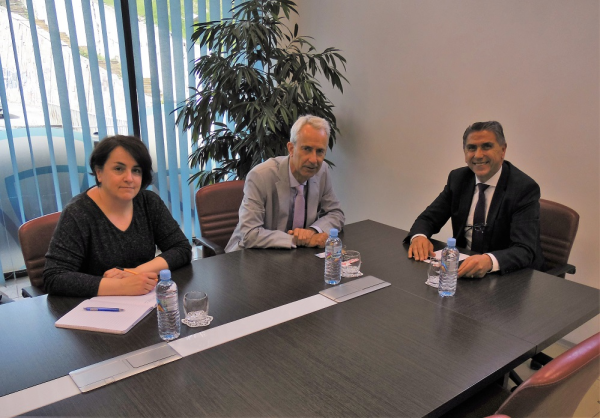 In terms of the SEEU's international development context, Rector Bexheti presented the need for support with resources, experiences and international projects, and H.E., Ambassador Plomp, offered concrete support opportunities for academic staff development from Dutch universities, by concretizing the possibility of cooperation with the Leiden University, as well as the support that can be provided by NUFFIC (Netherlands Universities Foundation for International Cooperation) as a supporter of higher education outside the Kingdom of Netherlands.

Rector Bexheti thanked Ambassador Plomp for these new opportunities as a continuation of support since the founding of the university, which still is known as ‘Stoel’s University’. The Kingdom of Netherlands has been and remains among the special supporters of the South East European University.