On Tuesday (16 April 2019), at the South East European University in Tetovo, a commemorative meeting on the death of Professor Alajdin Demiri was held. 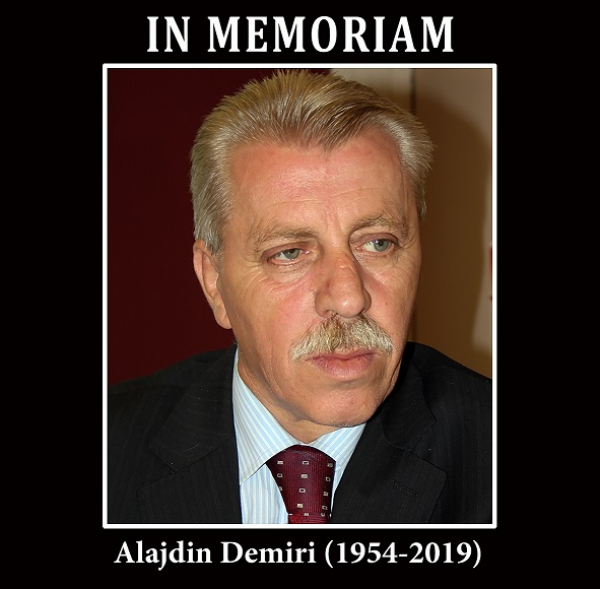 “His uniqueness was not only his political philosophy, but as well his opposition, even to his ‘political chiefs’. Such remained until the end of his life. He did not abidance to the greed for position, as it is usually the case here. This was his DNA and our common denominator that made me very close to him” noted in his remarks Acad. Prof. Dr. Adylmenaf Bexheti.

Prof. Dr. Vehbi Bexheti, collaborator and fellow activists, evoked memories of a part of the biography of the late Alaidin Demiri.

“He was firm in his views and he did this everywhere and anytime, when it was necessary to say things as they were” said Prof. Dr. Vebi Bexheti.

Besjan Demiri, son of late Alaidin Demiri, said that besides the grief for the lost of their father, he felt respect for the words that were said about the personality of his father. He said he feels very proud that his father was respected and honoured by some many people. He thanked SEEU for support given to his parent at all times.