The award ceremony of National Spelling Bee North Macedonia was held on Friday, April 12, 2019 in Skopje at the premises of Peace Corps North Macedonia. 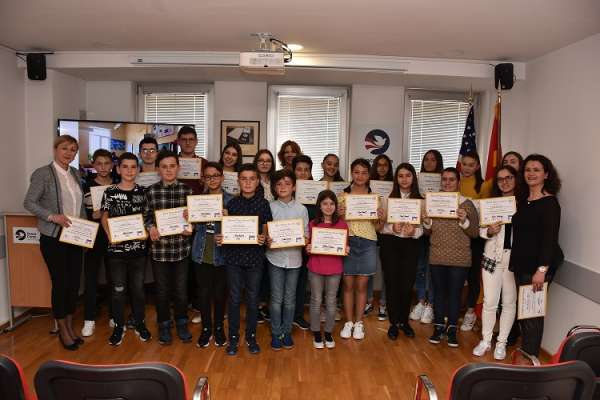 During March and April SEEU hosted the Tetovo and Skopje Regional Spelling Bee, while on April 6, the National Spelling Bee North Macedonia 2019 was held at SEEU Campus in Skopje. Twenty one talented spellers from all over the country received awards from the US Embassy special guest TDY Susan Falatko. This year’s contest was particularly challenging with over 3,000 students from elementary and high schools who participated in various stages of the contest in different categories.

Besa Bytyqi, Language Center representative and an event coordinator received a Certificate of Appreciation, and together with Mecca Slaughter-SEEU Fulbright ETA Scholar presented the gifts to winners on behalf of SEEU. The Director of Peace Corps North Macedonia, Mark Hannafin, and Wade Parrish the main organizer expressed their satisfaction with the contest and gratitude to South East European University for the support and continuing as one of the key partners for this big challenge. 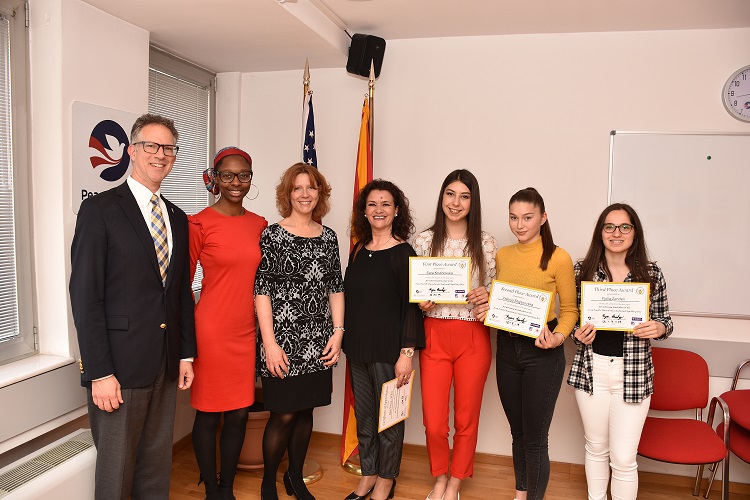