On Tuesday (9 April 2019), at South East European University, on organization of SEEU - Faculty of Law and HERA - Association for Health Education and Research was projected to the film “Abortion: Backlash in Europe” produced by the Franco-German ARTE. The screening was followed by a panel discussion on this topic, with special accent on the new Law on Abortion, which is expected to be adopted by the Parliament of the Republic of North Macedonia. 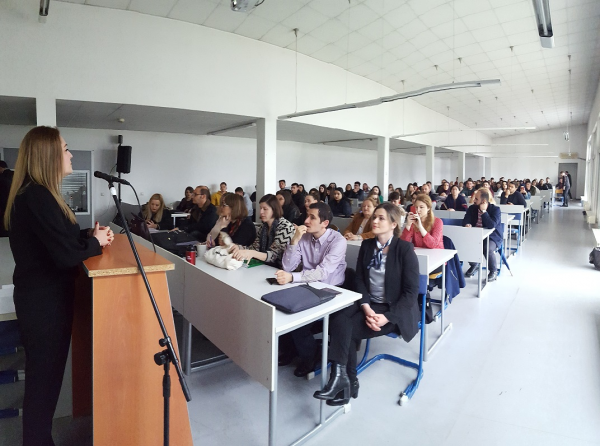 “The debate was very successful as it raised interest both among students and the University staff. During the debate, some conclusions were drawn, but the most important thing was that despite the ongoing debates, women should decide what to do with their body"said Doc. Dr. Arta Selmani, Pro-dean of the Faculty of Law.

Students had the opportunity to follow the movie, where very clearly is reflected the reality of the two camps, for and against abortion. There were many questions from students and opinions were given on this topic by field professionals.