The students of South East European University in Tetovo, on Wednesday (20 March 2019), held a debate titled: "Is university education the only way to a stable life" organized by the Debate Club. 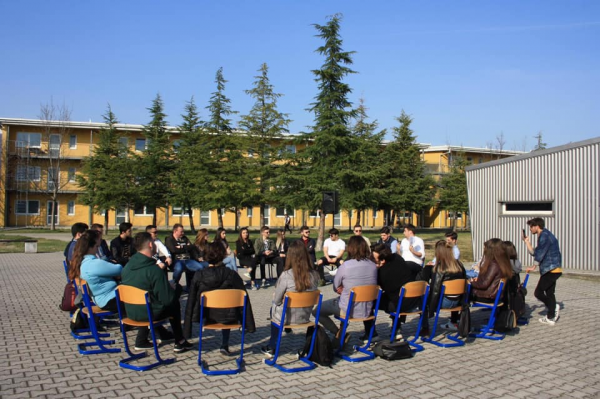 The debate was held at the University Square, where students had the opportunity to express their views on university education, its impact in their career, professional development, challenges they are facing and other relevant issues concerning the topic.

The debate took place in the form of agora, where each student, respecting the queue, was equally and freely debating the topic.

This was the first debate for this year, and according to the representatives of the Debate Club, similar activities will be organized in the future, where the main issues to be discussed will be closely related to the student life.