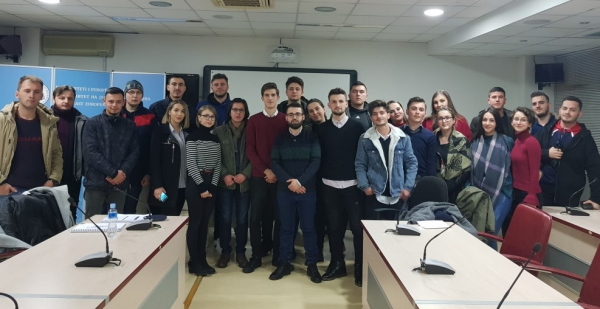 SEEU students, in the elections for new members in the Student Parliament and Association (SPA), held on 4 December for undergraduate students in both campuses (and for master students held on 7 December), elected 15 new members.

Students had the right to vote for candidates from their same year of studies in their respective faculty. Given the fact that there were some study years and university faculties in which there were no vacancies, the participation of over 50% of the students demonstrates the great interest of students for these elections.

According to the data of the Election Monitoring Committee, 34 candidates were nominated for 15 vacant positions for the Parliament.

The term in office of the Parliament members lasts for two years; this year there are 13 members in the second year of their mandate, and they will serve together with the newly elected 15 members, making a Student Parliament and Association that numbers 28 members in total.

The main mission of the SPA is to improve student life, and to provide opportunities for representation, development and quality services for all students.