The Feminist Club of South East European University, with concrete activities, joined the campaign for public awareness on fight and early detection of breast cancer, which is organized around the world during October. 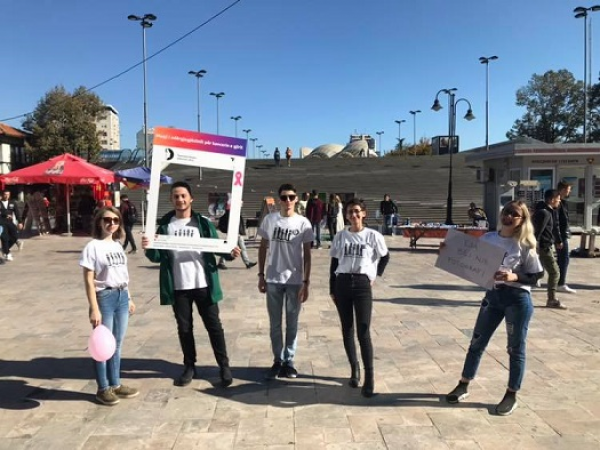 The first activity under this initiative was held on Thursday (25th October 2018), in Gostivar, where students have received support from municipal authorities also. “Within our initiative, we have planned that through information points in Gostivar, Tetovo and Skopje, to inform and raise awareness about dangers and fight against breast cancer. Our aim is by raising awareness of the population controls and mammography not to be avoided” said Rita Beadini, a member of the Feminist Club and Coordinator of the Initiative.

SEEU students, in information points, encourage people to be photographed at the dedicated frames with awareness-raising message for breast cancer so that these photos are distributed on social networks and to be informed as many people as possible.

The Feminist Club functions within the Student Parliament and Association