The team Low4Bit, consisting of SEEU students won the first place at the NASA Space Apps International Competition, held on 19th to 20th October 2018, at the SEEU Technology Park. 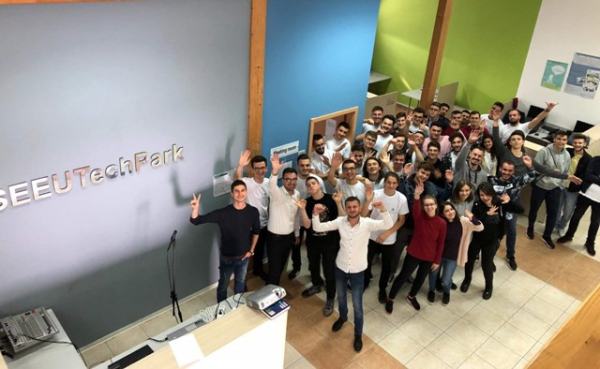 This team designed a low-cost satellite, which will help people around the world to learn about natural beauties and dangers of the planet Earth and our closest planet –Mars.

The second place was won by the team BondHidrogenBond, who had designed a flying autonomous vehicle, based on modern scientific technology, designed to inspect the spacecraft from possible damages from micro meteorites and orbital debris.

The third place was won by team Teleois, who had designed a game, similar to the Internet browsers, which informs others about polar environments and how they change, based on NASA data, helping adventurers in their research and warning them about the challenges while travelling in these environments.

The first two places will compete globally for the 30 best projects in the world, which will be selected by NASA. The winners, along with local organizers, will visit the Kennedy Space Center in Florida.

This international event brought together at SEEU Technology Park 55 contestants from various fields, organized in teams, consisting of university students, high school students, programmers, engineers, designers and researchers who during the competition collaborated and used information available from NASA, to design innovative solutions to global challenges.