On Tuesday (September 11th) at South East European University Campus in Skopje was held the International Scientific Conference on the topic “Corruption in Higher Education”. 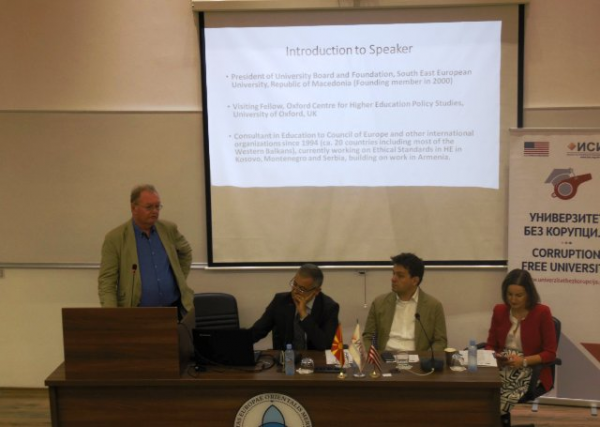 It were discussed sensitive topics, which recently have become a phenomenon in higher education, focusing on forms of corruption and plagiarism as a phenomenon which is very much present in the sphere of education.

“There are discussions for plagiarism, but nothing new in the written documents yet. Therefore, this conference is important because it contributes to this issue” said Prof. Dr. Dennis Farrington, President of the SEEU Board. He stressed that it is the last moment to eliminate this phenomenon, as it affects the quality of the diplomas, and which latter are used for employment and affect the quality of the research.