“Combating Terrorism and Hate Crimes: Protecting the Human Rights of Muslim Americans After Spreading Terrorist Incidents” was the topic of a lecture that was delivered on Monday, 11 December 2017, at SEEU in Tetovo. The lecture was read by Scott L. Garland, who is an Assistant US State Attorney and John T. McNeil, who is the Legal Resident Advisor at the US Embassy in Skopje. 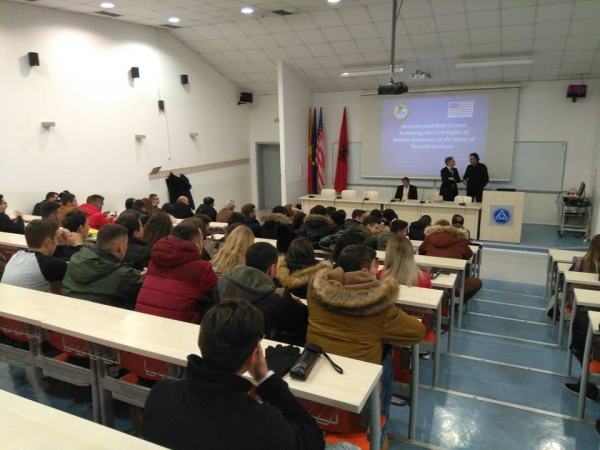 The lecture was organized by the Law Faculty of SEEU and the US Embassy in Macedonia.

The Assistant US State Attorney, Mr. Garland, presented in his lecture two cases in which certain individuals motivated by religious hatred threatened an Islamic association in Boston through a social network.

Mr. McNeil spoke about the protection of human rights in the United States, especially after the September 11 attacks, after which there has been an increase in the number of attacks against Muslims and their religious sites.