Lecture of US Ambassador Jess Bailey for SEEU students

“US support for Macedonia's aspirations for European integration has been there and is continuing," said the US Ambassador in Macedonia, H.E. Jess Bailey, at the lecture that he had today (12.12.2017) for students of South East European University (SEEU) in Tetovo. 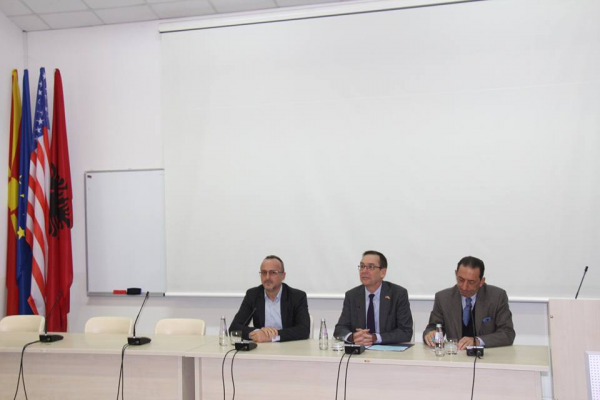 The key topic of this lecture was the fight against corruption which, according to the US ambassador, is a phenomenon that weakens institutions and deprives citizens of the possibility of self-realization and progress. For the United States, it is very important to respect values such as the rule of law, and the concomitant need to fight against corruption. In order successfully to combat corruption, it is necessary to create the perception of this phenomenon for citizens and institutions.

“This fight is successful when we have strong institutions and the involvement of citizens in this process," said Ambassador Bailey.

Students expressed great interest in this lecture, and also asked questions about the US role in the fight against corruption and the role of students in this regard.

In advance of the lecture, Ambassador Bailey met with the Rector of SEEU, Prof. Dr. Zamir Dika; the Provost, Prof. Dr. Andrew Goodspeed; and the Pro-Rector for International Relations, Prof. Dr. Blerim Reka.