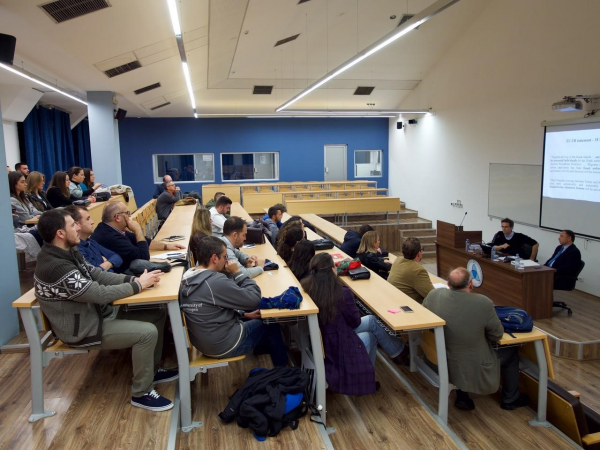 The Institute “Max van der Stoel“- South East European University organized a forum on "The EU, refugees and borders: How Republic of Macedonia matters?” The key-note speech was introduced by Gerald Knaus, Director of the European Stability Initiative. He elaborated the repercussions of the refugee crisis for the policies and internal developments of the European Union (EU), member states and candidate countries for integration in EU.

The forum was held on 7th November 2017, at the SEEU campus in Skopje.

The forum was organized by the Max van der Stoel Institute, apart from students the forum drew attention of several researchers, professors and experts from the civil society from the field, who with their interventions, comments and risen dilemmas by their side regarding the refugee crisis contributed for the elaboration of the factors of the refugee crisis during the work of the forum.