On Monday, 11 September, the Rector of South East European University, Prof. Dr. Zamir Dika and the President of the University Board, Prof. Dr. Dennis Farrington, were received by the Prime Minister of the Government of Macedonia, Mr. Zoran Zaev, accompanied by the Minister of Education and Science, Prof. Dr. Renata Deskoska. 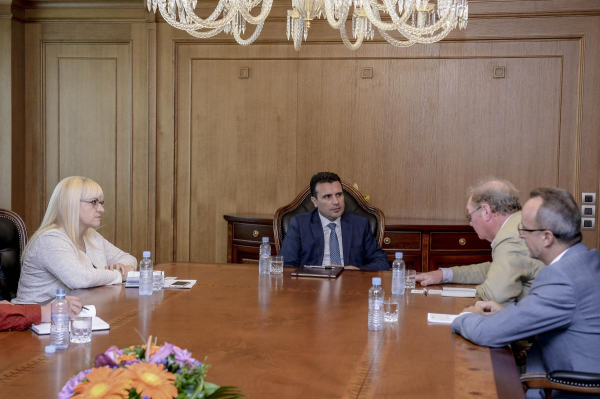 As announced by the Press Service of the Government, the meeting covered the topics of educational challenges facing Macedonia, as well as the need for the implementation of positive experiences in the education system, as adapted to labour market circumstances.

The participants also discussed the continuation of cooperation and support provided by the Government of Macedonia to South East European University, as well as possibilities of how the educational infrastructure in Macedonia should be developed.

The representatives of SEEU expressed their readiness to the Government to mediate between the state and foreign education experts, in order to advance the public debate on new models of educational strategy that will contribute to a better quality of education.