On Thursday (November17) as part of the activities for the 21st anniversary of the establishment of South East European University, in the organization of the SEEU Sports Department, the traditional tournament in indoor football "MEMORIALI ARBËN XHAFERI" was held in the sports hall of the Medical High School. 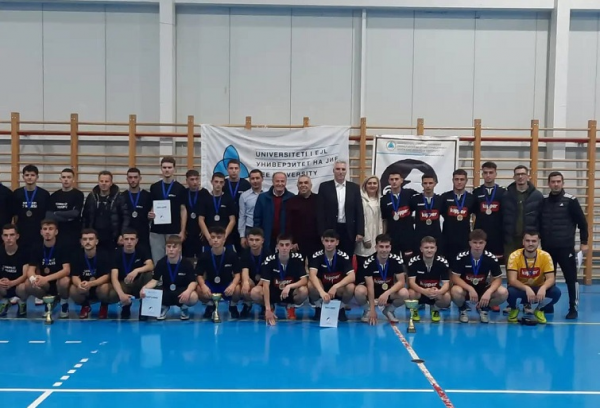 As a sign of gratitude, all the participants in this tournament were given recognition as well as cups and medals for the winners of the first 3 places.

The tournament was developed in a festive atmosphere, with many spectators from high schools and students.