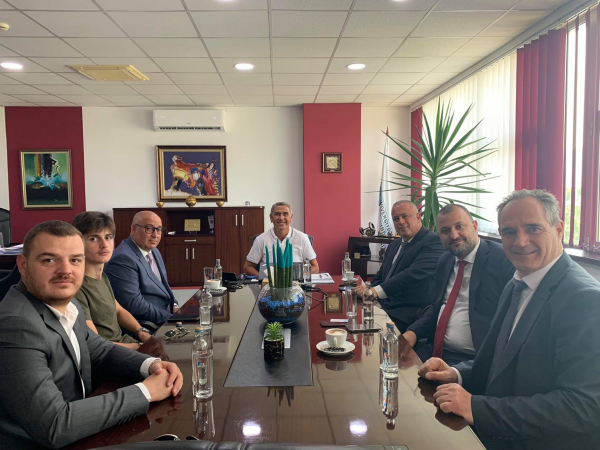 A high Israeli delegation was received by the Rector of the South East European University, Acad. Prof. Dr. Abdylmenaf Bexheti, who informed them about the mission, status and development of the University and in particular they talked about concrete cooperation with Israeli companies and universities.

“In particular, we talked about concrete forms of cooperation with universities from Israel, with emphasis on cooperation with Israeli companies that require human resources from Information Technology (IT), as well as in the field of cyber security" said after the meeting Rector Bexheti.

“Deputy-Speaker – Mr. Bar and his collaborators, remained surprised by the potential of SEEU, especially in terms of the functioning of the SEEU Technology Park and they were very concrete in proposals for these engagements” noted Rector Bexheti.

In the coming days, there will be meetings of experts that are staying in the region in order to develop concrete cooperation in these areas, but also in other areas such as agribusiness and alike.