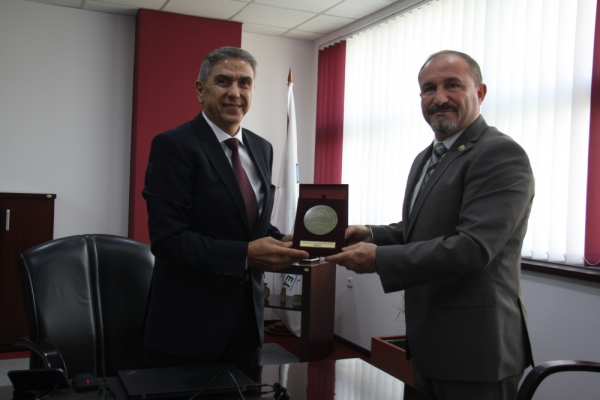 During this meeting, many issues of higher education were discussed, mainly in terms of deepening the mutual academic cooperation. Both rectors also discussed the challenges faced by these two higher educational institutions, as well as the exchange of experiences in view of the achievements and implementation of international standards in teaching. Rector Bexheti informed his counterpart on the university's development plans and goals that this institution wants to achieve. Academician Bexheti thanked the Rector of UT for the collaborative support and as well as for the gift -- the founding emblem of the University of Tetova.

This was the first official meeting between the two rectors, after the election of the Academic Abdylmenaf Bexheti, Rector of SEEU.