Prof. Dr. Veton Latifi lectured on the Greece-Macedonia Name Dispute at the University of Oxford

On 18 November Prof. Dr. Veton Latifi presented his scientific paper at the University of Oxford, at the international academic conference entitled “The Macedonian name dispute today: A window of opportunity." 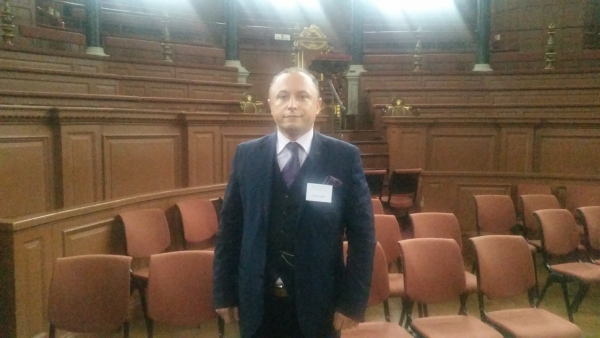 The conference was organized by South East European Studies at Oxford (SEESOX), which is part of St Antony’s College of the University of Oxford.

Prof. Dr. Latifi was invited by the organizer to be a keynote speaker at the third session of the conference, on the topic “How to build incentives on negotiations?” In his paper he elaborated on the advantages of the Joint Problem Solving (JPS) model in negotiation versus the Prisoner’s Dilemma model, as the latter is largely organized along traditional lines and which is becoming less effective in non-violent negotiations and, therefore, is more and more disused in international mediations, given the limitations in relation to windows of opportunity for compromises.

For that purpose, in the case of the name dispute between Greece and Macedonia, Prof. Latifi highlighted the relevance of the JPS model, especially if it is being applied along the scope of the approach entitled Decomposing Negotiations, where the large set of issues can be partitioned into a few subsets or so-called sequencing negotiations, and quicker dynamics of resolutions and compromises can be used as incentive pillars of the negotiations.