The members of the Student Parliament and Association of the South East European University, at the constitutive meeting held today (December 14, 2021) elected Agron Demiri as President for a term of one year. 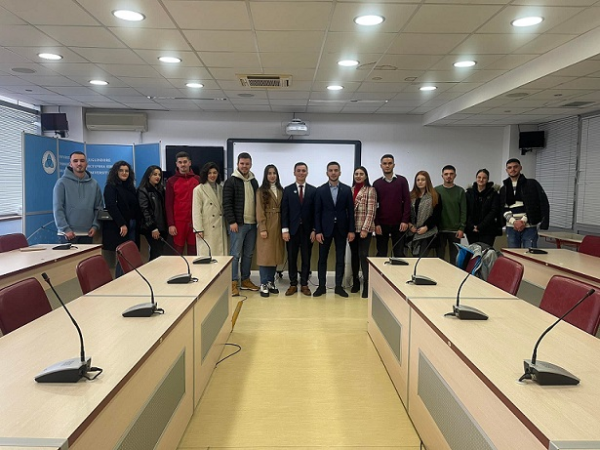 At this meeting, members of the Student Parliament and Association elected Adem Sopa as Vice-President, also for a one-year term.

“SEEU is our common value; we will work together, same as previously.” I cannot promise that you will get everything you want, but I can promise that nothing will change if you do not ask for it," said Agron Demiri after the election.

The constitutive session of the Student Parliament and Association was held after the elections, which ended on 04.12.2021. According to the Statute, the President and the Vice- President are elected by the members who went to the polls.