"Business Education in the 21st Century" was the topic of the second international conference held on Friday (May 25, 2018) at South East European University. 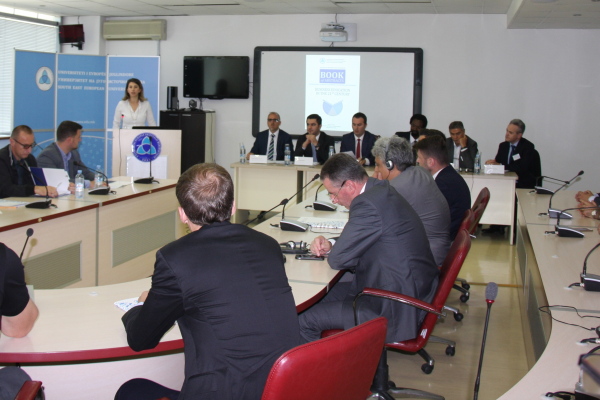 The conference was attended by researchers from different countries, including the US, Macedonia, Kosovo, Lithuania, Belarus, Romania and other countries.

The Dean of the Faculty of Business and Economics, Prof. Dr. Izet Zeqiri, who opened the conference, presented the topic "Business Education Challenges in the Republic of Macedonia", pointing out the trend of declining numbers of students in primary and secondary schools, especially in the declining number of students in universities.

The Minister of Economy of Macedonia, Kreshnik Bekteshi, spoke about the importance of the education system in developing the business environment, emphasizing measures taken by the Ministry to raise the quality of education at all levels in Macedonia.

The Deputy Minister of Education of Macedonia, Arbër Ademi, spoke about the importance of reforms and the need for adapting the educational institutions in preparing professional staff, which will be able to advance processes.

In this conference were presented 52 papers, which will be published in the conference proceedings.